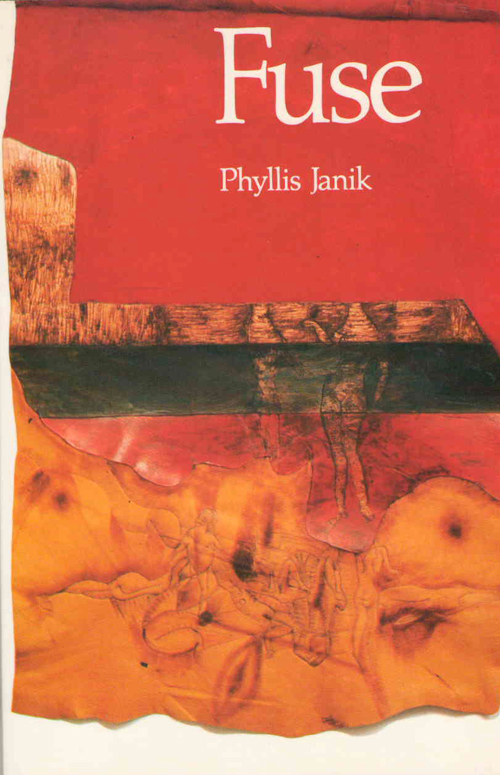 SKU:
$30.00
$30.00
Unavailable
per item
​Andrei Codrescu wrote of Fuse, "This is a magical work driven by the elemental geography of a continent still in the grips of geological, political, and psychological definition. Ms. Janik has invented a poetry of the American psyche here that is as chilling as it is intense and beautiful."

One of five writers from the United States invited on a literary research trip to Cuba in 1984, Janik composed this collection upon her return. It juxtaposes the eroded and windswept terrain of the American Southwest with the bleak political landscape of U.S.-Cuba relations since 1959.

Each poem corresponds to the image of a worked leather hide (tapiz) by Havana artist Frank Leon. In this edition, photographs of the tapices are printed facing the appropriate poem; all of Leon's pieces are from his exhibit "Encuentre entre Dos Mundos" ("Encounter Between Two Worlds"). Following the poems, Janik traces a brief history of the tapiz as an evolved artform.